There’s been some very significant rainfall totals across the Riverine Plains during November and early December, especially in the northern part of the region (the Henty Riverine Plains network weather station at the Field Day site recorded 212mm for November).

Growing season rainfall (GSR, April-October) for 10 sites across the Riverine Plains was generally average – slightly below average, with decile 3 rainfall at Euroa, Rutherglen and Lockhart at, decile 4 at Dookie, Albury, Corowa and Urana, decile 5 at Yarrawonga, while Cobram and Henty received decile 6 GSR.

Year to date (January – November) rainfall deciles ranged from 5 at Euroa to 9 at Henty and Cobram, with higher deciles in the northern part of the region. 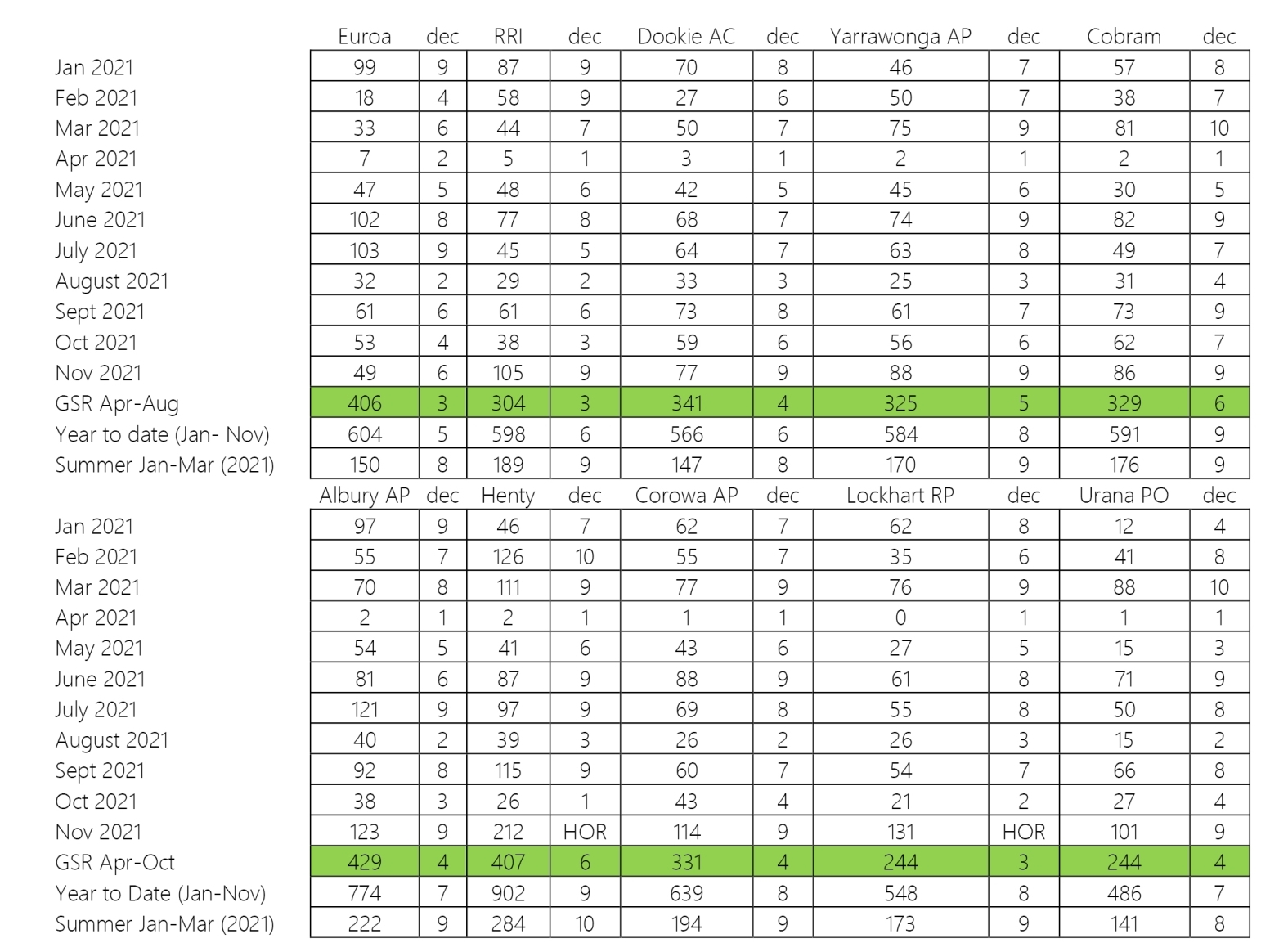